Death Is Inevitable; a Bad Death Is Not 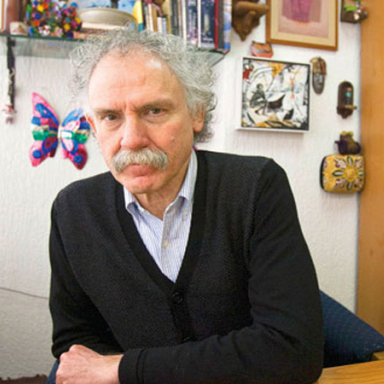 By Arnoldo Krause – Doctor, professor of the Faculty of Medicine of the UNAM. He collaborates in the monthly magazine Nexos. In 2013, he published the book, “Decir adiós, decirse adiós” (Mondadori).

In April 29, 2017, The Economist, the famed British magazine, incited its readers: How life ends. Dying is inevitable, dying badly is not. The title and the subject stimulate. The endless and changing ideas on the subject deserve to reflect. Dying with dignity is not a political or religious issue: it’s a human predicament. Its actors, doctors and individuals have the obligation to modify the laws in force regarding medically assisted suicide. When facing rough issues, health professionals move slowly; on the other hand, society, especially the one that brings together free thinkers, does it better; there are plenty of reasons to demand.

During the last five years, it is estimated that the number of deaths worldwide ranged between 55 and 57 million per year. Millions of deaths occur in poor countries; in these cases, most of the time, reflecting about the end of life is less frequent than within those economically privileged population segments where it is “more” probable to reflect on “how and when to die”. Positive and negative advances in technology must be considered: prolonging lives senseless is not correct. Dying with dignity is a valid option.

The editors of the magazine highlight several reasons. I reproduce some of them. “In the late 1990s, half of deaths worldwide were due to chronic processes; in 2015, that rate increased: two thirds died of complications of chronic diseases; currently, in wealthy countries more than 65 percent of deaths occur in hospitals; often, those deaths occur despite of a lot of treatments, some of them ‘heroic’. Nearly one third of Americans over 65 spend some time in intensive care units during their last three months of life and one fifth of them undergo a surgical procedure in the last month. Reality is devastating: significant percentages of the population live their old age badly; for them it is not easy to die and, instead of dying accompanied, at home, their death happens in solitude.

Dying with dignity is a right. The medical practice must change. Multiple arguments support that possibility. The autonomy of people has gained ground. Documents such as the living will, also called advanced instructions, make it easier for the person to receive or not certain medical treatments; likewise, such autonomy allows judging the benefit or uselessness of countless medical maneuvers, as well as the bonanzas or tragedies of intensive care units that sometimes prolong death and not life. Impossible to disregard the increase in monetary expenses during the last months of life that bleed families and health systems.

We live under a medical culture where excesses predominate. Although people talk about “medicalization of life”, it is also wise to talk about “medicalization of death”. The former imposes a series of guidelines, many of them without scientific substantiation, all of them provided with variable doses of charlatanism aimed at stopping the aging process and at living a full life free of pain and suffering; on the other hand, and without any philosophical support, the “medicalization of death” tries to to prolong life despite the certainty of the therapeutic measures failure and the certainty of the end.

In The Economist they discuss the subject with sensitivity: “Patients who die in a hospital suffer more pain, stress and depression than those who die at home. The relatives of the former suffer severe post-traumatic episodes and prolonged cases of grief.” Such idea is true: the loneliness of those dying in hospitals is, mostly in Western societies, a serious problem. If the patients are not offered the means to put an end to their treatment, what this prolongs is not life but death. Death is inevitable, a bad death is not.