“I am 98 years old, I am Catholic and I would like to have the right to die with dignity.” 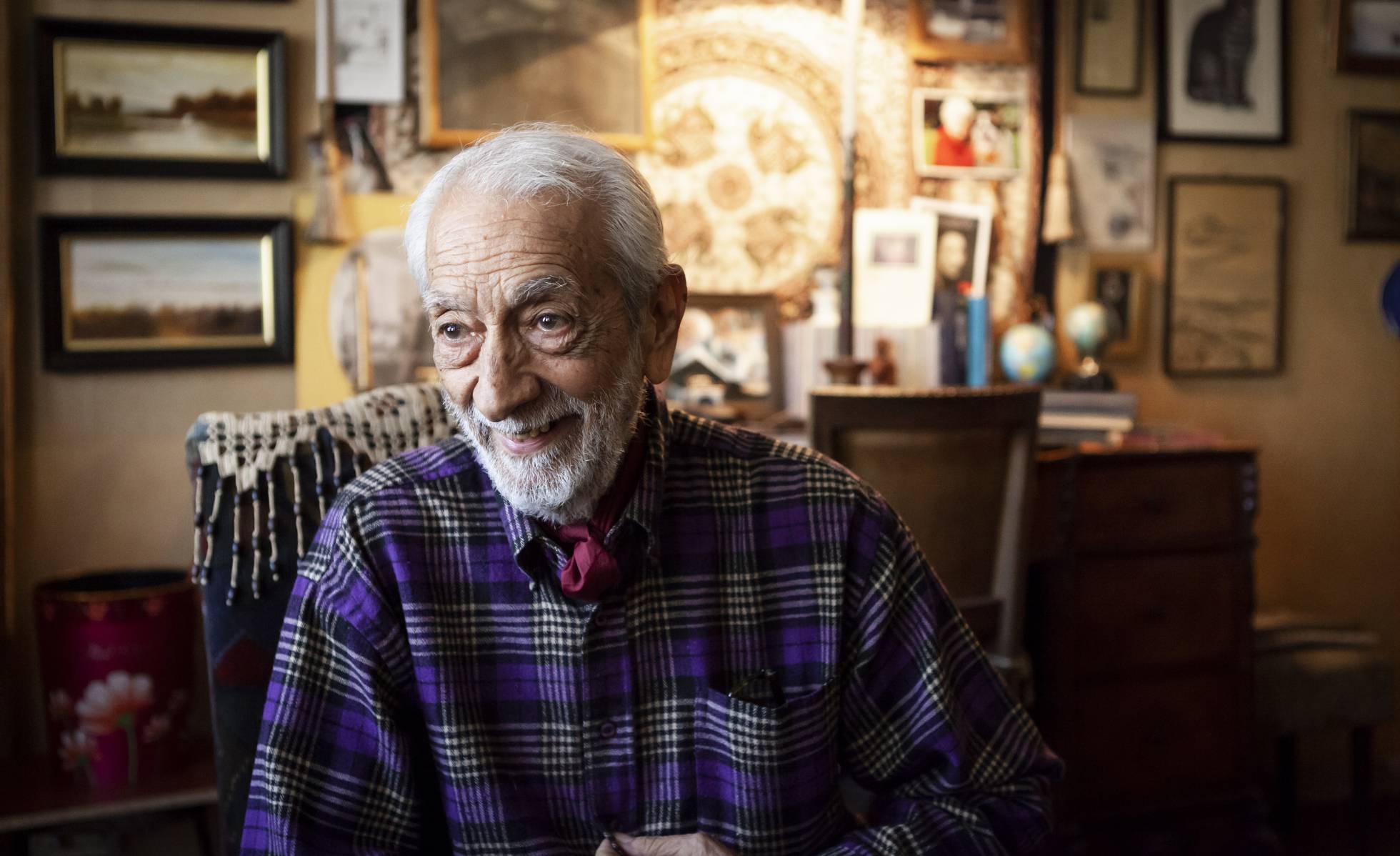 Hernán Letelier, the Chilean actor who fought solitude through Twitter, defends assisted death in the midst of an unprecedented parliamentary debate.

Three years ago, when he was coming out of complicated pneumonia that left him for months prostrated in bed at home, suffering from Kafkian hallucinations due to his outright solitude, thanks to Twitter the nonagenarian Chilean actor Hernán Letelier (Chillán, 1920) was able to find a new sense to its existence and leave behind his overwhelming seclusion. His digital incursion turned out to be a phenomenon: in a matter of hours he got thousands of followers from all Ibero-america, who until now are fascinated by his reflections and poems, in an account that seems an oasis in a generally hostile platform. Newspapers, radio stations and television channels from different countries in America and Europe devoted him reports, and he became famous again. But don Hernán, as the twitterers call him, barely appears in the social network: as he is 98 years old, months ago he began to go blind, and as he neither can read nor write his books—the raison d’être of an educated man like him—he began to live “a real nightmare”.

“I cry because I cannot read or write. It is a punishment. It was what kept me alive and they take it away from me abruptly and violently. I don’t deserve it,” says Letelier, who lives alone with Martina, his Persian she-cat. His apartment in downtown Santiago de Chile looks like a movie set: memories of all times are displayed on the shelves, as well as dozens of black and white photographs and his immense library of about 3,000 volumes including the great classics of universal literature in different languages. It’s a duplex that rarely receives visitors, where the telephone almost doesn’t ring, and which seems to have been brought from another epoch. “If I didn’t live in a building, I would hardly see other human beings,” expresses Letelier.

Famous actor of the mid-twentieth century, he is unknown by the new generations, although he was the first interpreter of the famous Pierre le peluquier, one of the characters of a classic Chilean stay play, La pérgola de las flores. As he had no children and his relatives and best friends died—“since long ago I have been living more among the dead than among the living”—loneliness has been the “terminal illness” of this man of culture and letters who keeps being lucid, despite the blows of a tired, but still strong, physique. Sometimes he feels surprised that every week he manages to reposition the heavy furniture in his living room without asking anyone for help.

With a brilliant mind locked inside an old body, Letelier relates what other people of his age can’t: the way his quality of life has declined rapidly, especially since his blindness problem. In recent weeks he slipped twice on the stairs of his two-story apartment and spent hours trying to get up. He confuses day with night and sometimes he has slept for days in a row. A few weeks ago he discovered that his bed had been invaded by termites and it was a real feat to buy a new one.

He no longer receives assistance for domestic chores, although he managed to get prepared food delivered to the door of his home. He has lost so much weight that he doesn’t dare to climb on a scale. As he finds it difficult to shower without help, a few days ago he went to a steam bath near his home, but the clerk looked at him and sent him back: “He must have felt scared, the poor man, when he saw a real skeleton,” said Letelier without losing his good humor.

As a deeply Catholic man since his childhood and a scholar of doctrine—he has religious figures, angels and small altars in different areas of his house—during these last months he has pondered about profound and essential matters. “I am 98 years old, I am Catholic and I would like to have the right to die with dignity,” he recounts serenely, without sadness. “In circumstances like mine, it should be fully allowed. The Catholic Church should reflect on this matter. It would be ultra human and would benefit many people who suffer, not only physically, but emotionally. It is neither a revolutionary nor an awful idea, but one of full common sense and easy to put into practice,” expresses Letelier, who had always thought that men and women should resign themselves to passively wait for the moment of their death. “But dignity is an attribute of human beings. Who benefits, for example, from me continuing to vegetate among my four things?” reflects the actor. In May 2018, he recalls, he kept fully abreast of the case of the Australian scientist David Goodall who, without being terminally ill, went to Switzerland to submit himself to an assisted suicide: his quality of life had deteriorated.

While he talks, his she-cat watches him. The fate of Martina at the time of his death overwhelmed him for a long time, but a good friend promised him that she would take care of his pet, that she affectionately calls Martita. With that problem solved, don Hernán finished organizing his departure. Since many years he paid for his funeral services and, as it used to be, he ordered a shroud that hangs in his closet. For his funeral, he requested that Mozart’s concert No. 21 be played and his remains be buried in the family crypt of the General Cemetery of the Chilean capital, where his mother Amanda and his brother Marcelo are buried, among other relatives.

Yet, many times Letelier wonders if his few remaining acquaintances will come to know of his death. As he lives alone, he worries that nobody will know it but only after several days. He knows that it is probable that no one will accompany him when he dies, with the exception of his she-cat. During the last weeks, he has often thought that the time has come, but the time hasn’t come. “Why can’t I aspire to an affectionate, organized, orderly and serene death, as was my own existence?” asks Letelier, who affirms to be neither bitter nor depressed, and whose wish of a peaceful death is not taken away at all by those longings.

He would love to publish the three novels that he wrote in his life—two of them unpublished—and write a fourth. His eyes still shine when someone reads him aloud any passage of Virginia Woolf, one of his favorite authors, together with Shakespeare. He still feels excited by his club of almost 17,000 Twitter friends, where from time to time he manages to publish a message that he dictates through the phone. The avalanche of replies that he receives back—one thousand users greeted him for his last birthday, in December—are printed for him in letter size 48, which he manages to read slowly and makes him happy as nothing else. Although his last tweet was on March 10, almost every day users from Brazil, Colombia, Mexico, Spain, Argentina or Chile ask him how is he or tell him that they miss him. Sometimes, don Hernán thinks that before he turns 100 he could learn to use a tablet or a computer and that he might even manage to pay for an Internet connection.