The Debate on Euthanasia Is Spreading in Europe 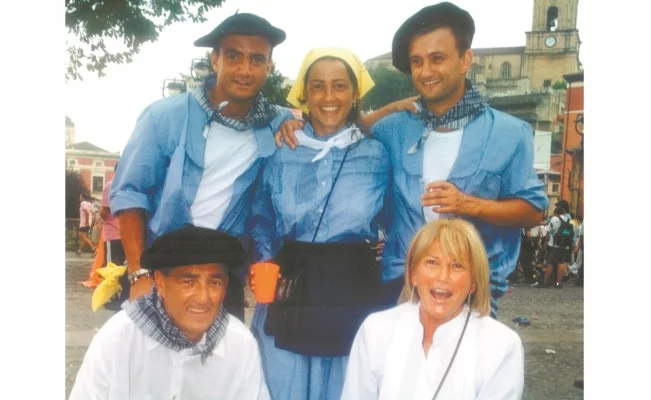 In Europe, only three countries—the Netherlands, Belgium and Luxembourg—have legalized euthanasia. Spain expects to join them and is in the process of modifying its laws.

Madrid. The debate on the right to a dignified death—when someone has an incurable disease and it causes him/her an unbearable pain—is increasingly widespread in Europe, although only three countries have dared to legalize euthanasia: the Netherlands, Belgium and Luxembourg.

The Netherlands was the first country in the world to regulate active euthanasia in 2002 and thus facilitate the death of the patient through the use of drugs. For that, among other legal requirements the person must have an incurable disease and suffer an excruciating and irreversible pain, in addition to having the certification of two qualified physicians.

Recently, a controversy arose in the Netherlands as a result of a government-commissioned survey that revealed that 0.18% of the Dutch population over 55, some 10,000 people, don’t want to continue living and would like to have access to euthanasia although they don’t suffer an incurable disease. Several progressive leaders declared themselves in favor of authorizing medical assistance to help die those persons over 75 years who so would request, regardless of their state of health, but as the more conservative political parties rejected such initiative outright, the Netherlands is unlikely to provide a legal resolution to what is known as “life weariness”.

Belgium has euthanasia regulations similar to those of the Netherlands, although it increases some of the cases in which they are appropriate. In 2014, this country became the first in the world to authorize euthanasia for minors without an age limit, but as long as the child is seriously ill, suffers an excruciating physical pain and thus palliative care is difficult; in addition to their own consent and that of his/her parents, the patient must obtain the endorsement of a medical team. In Holland the conditions for minors to have access to euthanasia are similar, but they must be over 12 years old.

Luxembourg also approves active euthanasia, although its legislation is less permissive than that of

Switzerland legislation is more atypical as it tolerates what is called assisted suicide, which consists of helping another person to end his/her life without the presence of health professionals, while in Germany there is a legal void that is exploited by some doctors and associations to provide lethal medications to the affected person. Cancer and degenerative diseases are the main ailments of euthanasia applicants.

In other European countries such as Italy, France, Ireland or Spain, euthanasia is expressly prohibited, as well as assisted suicide which can result in prison terms for the person collaborating in the last moments.

In Colombia, a ruling by the Constitutional Court decriminalized euthanasia in 1997, but nearly 20 years passed before it was finally regulated by law. The controversy that it caused still prevails, and in practice its application continues to face all kinds of obstacles, especially by the most religious and conservative sectors. In the rest of the world, only Australia and Canada have restricted access to a dignified death.

Spain and Portugal could soon join the European trio that has the most advanced euthanasia regulations and where 1 to 4% of deaths occur using this method. In those two Iberian countries there is a parliamentary majority inclined to provide citizens who so desire with the means to end their lives, as long as they suffer from serious, incurable and very painful diseases. In Spain, euthanasia is one of the demands counting on the largest popular support, as 70 to 85% of citizens are in favor of its legalization.

The Congress of Deputies recently approved the regularization of assisted death, which must now be ratified by the Senate, and then return to the Lower House for its ultimate approval. The new law not only seeks to decriminalize euthanasia, but to recognize it as an individual right. The bill, promoted by the socialist government of Pedro Sánchez, is supported by the majority of Parliament, with the exception of the conservative Popular Party (PP) and the far-right Vox. The regulations specify the procedures by which, in extreme situations, healthcare professionals can help a patient end his/her life.

In Spain, euthanasia enjoys a majority support that includes people of all ideologies and beliefs, so expressed the Right to Die with Dignity association (DMD), to endorse the parliamentary bill.

Doctors can claim conscientious objection in cases where they disagree with the procedure. The Catholic Church opposes euthanasia on the grounds that it is a form of murder.

The new law for assisted death will offer a legal, systematic, balanced and guarantor response to a sustained demand from today’s society, according to the socialist government, which foresees that the legislation might enter into force in June.

Euthanasia is illegal in Spain, so inducers of another person’s suicide can be punished with penalties of up to eight years in prison. After the dignified death approval, it is estimated that the number of patients who would opt for euthanasia in the Iberian country will not exceed 9,000 a year.