The unfounded rumor of euthanasia in Spain 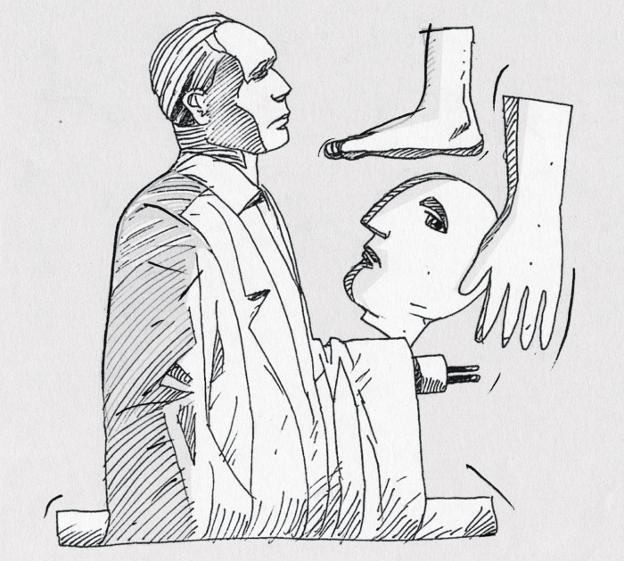 No one talks about euthanasia. Only the Government—behind society’s back—is moving ahead in the process of passing a Bill; it’s still trying to rescue from the pandemic rubble motives to buttress a right to die just when the world and Spain are looking the other way, because what they want is to hear about life.

The death of hundreds of neglected elderly people has prompted an unprecedented socio-sanitary revolt. Covid 19 has exposed a social reality that already existed before the tragedy: the opposition to euthanasia. These days, a majority of citizens demands the care of the seriously ill and of our elderly without abandoning them crowded together in residences or in their homes. The ideological account of euthanasia has been deconstructed by the objective—historical—fact that the lives of elderly patients matter because all of them are worthy, regardless of their age, their abilities or their social value. No one is superfluous; all are in equal conditions to receive the health care to which they have the right for being humans. Currently, nobody talks about euthanasia or the right to die but rather about saving lives, all equally worthy. It is even unpleasant to bring up the subject when the constant protests demand the right to live, to receive assistance, treatment and care to mend all the sick people.

The Covid 19 has revealed the unfounded rumor that in Spain there is a broad social, political and even medical consensus in favor of legalizing euthanasia. It’s a lie. Regarding this fake news, the Government insists on a law that nobody wants, least of all in this painful situation. Ask society, those seriously ill and their families, what they really require concerning terminal illness and death; ask doctors and nurses of emergency rooms and retirement homes what their position is when they stand facing the end of life of an elderly person dying. As a result of the current catastrophe, the health community and citizens have declared that euthanasia is not what the patients are asking for, however autonomous they may be. It is something else.

Euthanasia is one of the great victims of this pandemic. In these moments of maximum fragility, humanity has brought out its robust moral instinct of solidarity towards the most vulnerable persons. It has become clear that the key to survival, development and human existence is co-existence and not individualism; the life with the others, but everybody being responsible for everybody, without leaving anyone isolated in his/her loneliness, old age and illness. This is what constitutes human superiority, the complete novelty of homo sapiens: his capacity to feel the personal complicity of meeting the needs of the other fellow and come to his aid. The honorability of a civilization is measured by the respect it shows towards its weakest members: the children, the elderly, the disabled and the incurable sick… those who cannot look after themselves. This is the fair toll that a society must pay if it wants to continue being recognized as human throughout history. And, in our history, nowadays, public recognition of our elders outshines like never before, together with our acknowledgment for their contribution to the development of our country, motives that add to others so that we don’t abandon them to an ill-fated and immoral destiny.

Even the Government itself, still insisting in its pro euthanize desire, has published a report on the ethical aspects in pandemic circumstances, in which it flatly criticizes the unfair discrimination and lack of solidarity due to the lack of care towards the elderly and disabled just because of their age or disease. And then, paradigmatically, it maintains “that such discrimination goes against the very foundations of our law”. Surprisingly, the Government now recognizes that all lives are worth the same because of the inherent dignity they possess. It adopts and shares a pro-life standpoint: save everyone with no exceptions, providing care to any patient needing it to survive without pain. It appeals to the dignity of each patient as the foundation of fundamental rights, including the right to be healed if possible and to be cared for.

The autonomist arguments justifying the request for euthanasia by terminally ill patients are dissolved, and the reason is none other than the unconditional respect for every life whose unequivocal foundation lies on the dignity of each human being and not on the limited autonomy of patients. For this specific reason, the health personnel struggles and suffers saving patients’ lives without asking them if they want to be saved, and without considering that they are disdaining their autonomy. Neither the patients—regardless of the gravity of their illness—nor their relatives, want them to die, and even less to die in pain. They applaud and trust the health personnel without questioning their actions when they use all the means at their disposal to save them, because it is natural and what everyone expects. Therefore, the respect for our elderly patients that society demands in these hard times reveals that what they want is to live until the end of their lives properly cared for.

The wailing for those elderly who died without being cared for as they deserved are already being converted into a powerful message of hope that will dissolve the attempts to perpetrate euthanasia. Let’s celebrate it on the balconies at eight, at nine and at ten o’clock: euthanasia is about to disappear. Perhaps the falsehood about it will win some legislative battle, but not the final war, because the truth that all lives are worthy until the last moment is prevailing hastily, thus reinforcing communally the moral duty to take special care of our elderly without abandoning them.