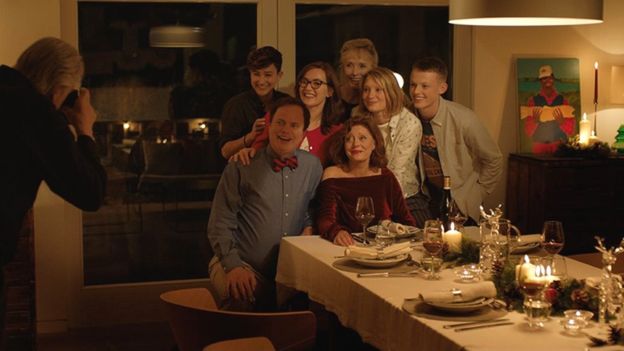 By Steven McIntosh
Entertainment reporter at the Toronto Film Festival

Susan Sarandon has voiced her support for assisted dying after taking on the role of a terminally ill woman.

The actress’s new movie Blackbird sees her play a mother named Lily who gathers her family to tell them of her wish to die.

“It’s an individual choice,” the actress told reporters at the Toronto Film Festival.

“Everybody has the right to make a decision without your family members being charged with homicide.

“You should be able to be surrounded by those people.”

Eight states have legalised medically assisted suicide in the US, with Maine likely to follow suit when a new law comes into effect later this year.

The issue is controversial but is now being more openly debated in light of the country’s changing demographics.

“There’s so many baby boomers now, this is something that’s being discussed more in the United States,” Sarandon said.

The term “baby boomers” refers to the generation born between the end of World War Two and the mid 1960s. They currently represent nearly 20% of the US population.

The sudden spike in births across those two decades was down to a combination of factors – such as adults starting the families they had been putting off during the war, as well as the prosperous economy.

That generation is now reaching retirement age and therefore many are experiencing the health problems that often come with being older.

“I think taking on this process of letting go of your body is something that takes a lot of thought,” Sarandon said. “It’s not just ending your life but being able to end your life with dignity and without pain. And I think anybody that has had a family member who has really suffered is very interested in and pro having that choice.”

She added: “The fact of the matter is, if you’re wealthy, you’ll always have access to things that are controversial, just like abortion. If you’re wealthy, your doctor will make sure, whether it’s upping your morphine or whatever, that you’re not suffering. It’s not something that’s new.”

Blackbird is a remake of the Danish film Silent Heart, which was released in 2014, and also stars Kate Winslet and Mia Wasikowska as Lily’s children.

In the film, Lily suffers from ALS (amyotrophic lateral sclerosis), which is a progressive degeneration of the nerve cells that control muscle movements. Around 80% of those diagnosed with it die within two to five years.

But despite her sympathy for those who choose to end their lives in such a position, Sarandon said it’s not a choice she would make if she was terminally ill herself.

“I couldn’t have done it, personally, not in a million years,” she said. “Even knowing what’s in store later for [my character], it would have been difficult to leave my children behind, at that point. I would definitely have put it off because it was still so tumultuous.”

The movie was shot in the UK, which Sarandon grew attached to by the end of filming. “We were in the most extraordinary place in England, I’d never worked in the [English] countryside before, and that was wonderful,” she said.

“It was gorgeous, my dog was so sad to leave… we got to know the English countryside, the pub life, the cathedral life.”

Sarandon has been nominated for best actress at the Oscars five times – winning once in 1996 for Dead Man Walking.

But she isn’t necessarily convinced she could win again with her latest film, given the changes in the film industry since then.

“Of course, I would love it,” she said. “But you have to have so much behind you, so much money. You have to start six months of a campaign to get a nomination. Things have really changed.

“There are so many people that deserve to be recognised that aren’t… so many performances in little films but they don’t have the means to give all the screenings, to give all the brunches, You have to work your ass off now to be able to get a film to compete with the films the Harvey Weinsteins of the world are pushing.”