A Spaniard in the bowels of euthanasia 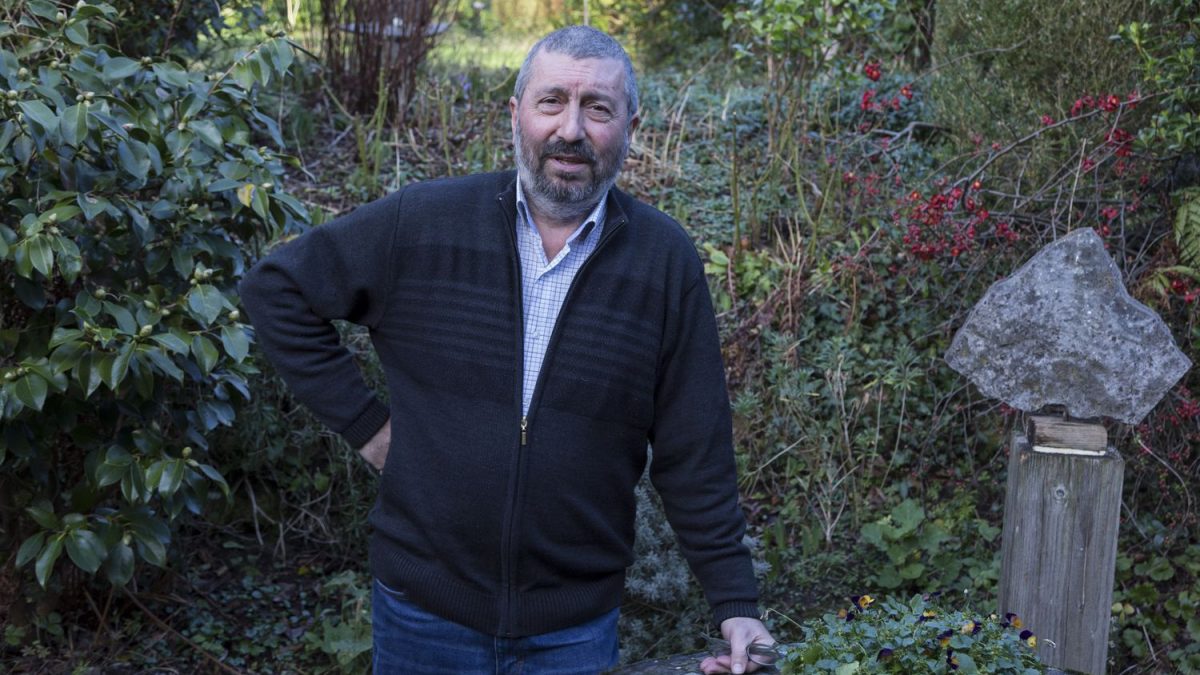 Adrián Conesa, born in Badalona, has performed some twenty euthanasias in Belgium

It’s ten in the morning on a Saturday. There are jokes, people singing, and despite the early hour, the champagne flows. Adrián Conesa enters the house with another doctor, and they are quickly offered a seat and a drink. They know almost no one. They are not at a typical party. It is a celebration from which not everyone will make it out alive. That is why they are there. A psychiatrist, seriously ill with pancreatic cancer, is going to be euthanized within the warm of a group of relatives. After an hour, the patient stops the noise and goes to the bed. “That’s enough; let’s do it.” The Spanish Conesa and her colleague, carrying their briefcase with sleeping pills and barbiturates, are the last persons he will see.

Born in Badalona 66 years ago, Conesa, now retired, leads a placid life. He has a ceramic workshop from which plates, glasses or vases come out. Together with his wife, he tends a lush garden and keeps an eye out for the frogs, newts and dragonflies in their pond, in the Saint-Job neighborhood, a green oasis on the outskirts of Brussels where art exhibitions are organized, legumes grow in the common gardens of the squares and the children are taught the secrets of sowing. “We are a focus of resistance against urbanization”, Conesa proudly declares surrounded by poppies and daisies.

The doctor arrived in Belgium at the age of seven, but keeps his Spanish nationality and expresses himself fluently in his native language. His father, from a republican family, was part of that generation that crossed the Pyrenees during the Franco regime in search of a better life; after a brief failed stage at a Munich steel company, he found it in Belgium in 1961 as a carver in a glass factory. Once settled in the rue d’Espagne in Brussels, Conesa traveled with her mother and her three-year-old sister to meet him. A long journey from the Badalona Salud neighborhood to the Brussels South Station, with transfers at Portbou and Paris. The trains were pulled by coal locomotives, and when crossing the tunnels the gases leaked into the railcars and sneaked into the nostrils. “I still have the smell of that smoke in my nose,” he recalls during an unusually sunny Belgian morning.

Once he ended his medical studies with the help of public scholarships, Conesa was for more than 30 years one of the few general practitioners in Saint-Job. That entailed a lot more than just putting the thermometer on. After signing the prescription, he changed the burned-out lightbulb for the old man he was treating or he went to the supermarket to do his shopping.

Over time, he expanded his work perimeter to the emergency room first and to geriatrics later, which brought him closer to end-of-life care. Today he is probably the Spaniard who best knows the secrets of euthanasia. That procedure, which could soon be legal in Spain, has been practiced in Belgium for 18 years with hardly any setbacks.

The Catalan doctor has applied it about twenty times, and he is a firm defender of its benefits. “First the somniferous is injected and the patient sleeps deeply. He even snores. And then the barbiturates. Within 10 minutes he stops breathing and his heart stops beating. He leaves in dreams. Without realizing anything. These are moments of great emotion, because he dies surrounded by the love of his loved ones, not in the solitude of a nursing home or a hospital. I would not say that there is happiness, but there is relief, as I see my patient, who was suffering a martyrdom, leave peacefully,” he says.

One of the most bizarre situations he has ever experienced was enacted by a woman. “She lived with her dog and she wanted the animal to be euthanized with her at the same time. When we got to her home, we met the vet,” he explains.

“They want to live and die as they decide”

Conesa rejects accusations claiming that euthanasia is applied lightly. Belgian law sets strict conditions: the applicant must have a serious and incurable disease that causes him a suffering that cannot be alleviated. In addition, the patient must personally request it several times, and a second doctor—sometimes even a third one—must give the go-ahead. Afterwards, the evaluation commission investigates whether the process was carried out correctly. “Those who ask for euthanasia have a very strong idea of freedom and autonomy. They are very dignified people. They don’t want to be dependent. They want to live and die as they decide,” he advocates.

The Spanish doctor has also experienced the other side of the coin. His father, the emigrant for whom he is now in Belgium, fell ill with leukemia at the age of 80 and requested euthanasia. He was not legally allowed to do it, but he accompanied him in the fix. “He was well known in the neighborhood. He still spoke with a Spanish accent and organized petanque games. In the morning, before his doctor came for euthanasia, he asked me to see his friends. They came and we had a beer. I remember he said: ‘How good it is, it seems that I am already in paradise'”, he recalls laughing.

His first case, a patient he regularly treated, has not faded from his memory either. He climbed the stairs with difficulty. When he got upstairs I saw that he had moved his bed to put it facing the window. It was a stormy day with a lot of wind, and there were poplars moving a lot. He told us, ‘Wait a bit, I want to see the trees move’. We spent five or 10 minutes looking how they moved. Then he said: ‘OK, I’m ready.’”