For the Right to Have a Good Death 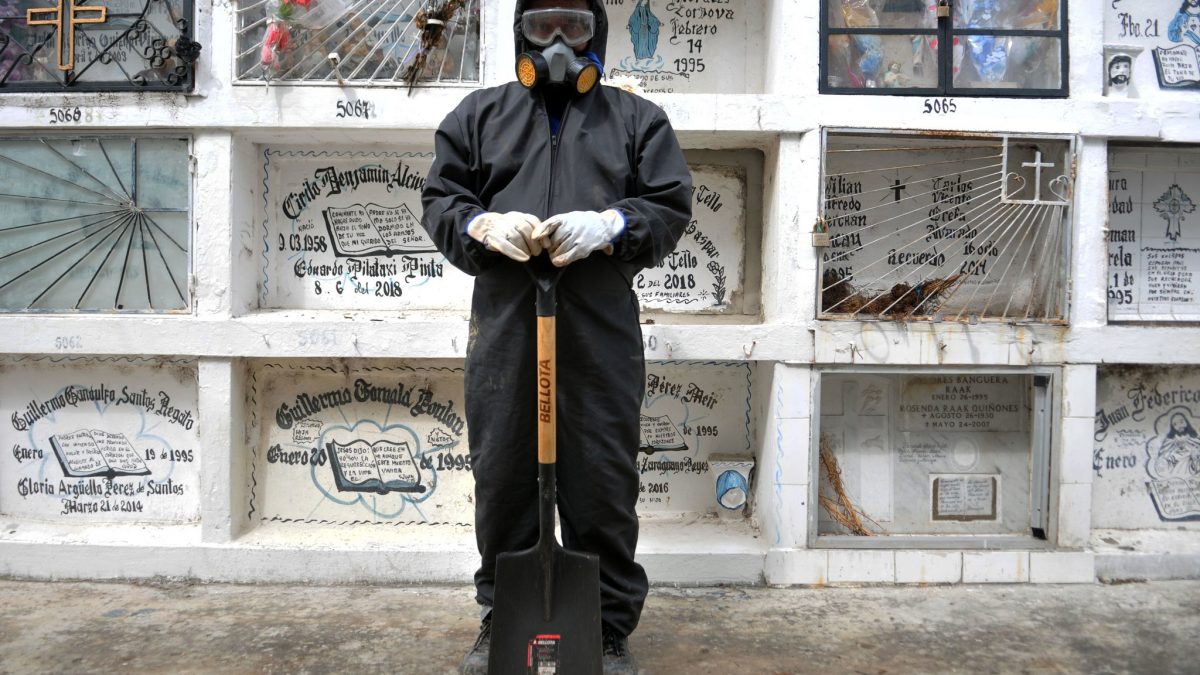 The death figures that the media and the governments present us every day concerning the coronavirus pandemic (and other epidemics, such as violence) are not numbers: they are people. We must get their stories back.

MEXICO CITY – The coronavirus is transforming our lives and deaths at the speed of contagion.

In Italy, cemeteries were closed and funerals banned. In Peru, only five people have the right to attend the burial and two if it is cremation. In the United States, they have created funeral services broadcasted on the Internet or recorded for when the family can mourn. The farewells of seriously ill people to their loved ones are through video calls.

The new world order ruled by the virus transmitted through contact imposes on us remote, brief, hygienic, individualized vigils, without hugs, whispered condolences, or collective lamentation, without in-person tears and without the dead as protagonists.

These days, when the new pandemic is taking lives on a calamity scale, I identify myself with those people infected by the same nightmare: that a loved person dies alone, without a hand to comfort him/her, without a familiar face nearby, without hearing an “I love you”; that his/her corpse, stripped of singularity, and without a farewell ritual, be introduced to a crematorium or buried in a grave, among many others, with just a code as its ID.

The other dimension of this bad dream is very real. The corpses dumped in the streets of Gua-yaquil; the island-grave of New York where trenches were dug for mass burials; the skating rink turned into a morgue in Madrid; and the trucks laden with corpses across Italy shape the new imaginary of death.

When closeness and hugs were outlawed to keep us safe, how can we process death if the rules prevent us from saying goodbye while our loved one is still alive and accompanying him/her in a post-mortem ritual? Why are rituals so important?

“Just as we declare that the living are alive with christening, that lovers are in love with nuptials, funerals are the way we close the gap between death that happens and death that matters. It is the way in which we give meaning to our little memorable stories,” writes in The Undertaking Thomas Lynch, who in addition to being a poet and essayist, has as a family job that of a funeral agent.

If having a wake for the dead is important to have a chance to say them goodbye—Lynch says in his book—the coffin implies that someone cares about the body. That is why improvised cardboard boxes used as coffins hurt us in Ecuador, just as black garbage bags containing corpses hurt us before the COVID-19 epidemic fall on Mexico, a country with a permanent forensic crisis due to the epidemic of the violence.

In Mexico, the depersonalization of death is our natural state since the “war on drugs” began. The unleashed violence is all too familiar to us: there are trailers serving as morgues, there are industrial furnaces where unidentified persons are being cremate, and thousands of bodies have been discovered in common and illegal graves. Even despite the confinement measures in the country, April 2020 was one of the most violent months in recent Mexican history: 2,492 people were killed; more than the 2,270 who died from the virus in Mexico as of May 4.

It seems that both the overflowing violence and the new sanitary rules snatch one of our most important, intimate and sacred rights: the right to a good death. Although each culture has different criteria to determine the characteristics of a dignified death, I can venture that it is not dying in isolation and without a farewell ritual.

That instinct, I understand it now, is what forced me to stay one night alone at the funeral home having a wake for my grandmother as a teenager. Lying on an armchair, looking with fear, pain and compassion towards that lonely coffin in the center of the room, I “accompanied” her those first lifeless hours.

“The ability to be mourned is an assumption for any life that matters,” says philosopher Judith Butler. So, as a way to cope with the sanitary rules, Antigones—the heroine of Greek mythology who defies the laws to bury her brother—begins to emerge and try to restore the right of deceased people to be remembered, to have dignified farewells.

We see them in small riots enabled by technology, like almost everything during the spreading out of the coronavirus, which flourish on social networks, such as this one: “His name is Julián Iglesias, 89 years old. As he wasn’t famous, he won’t be in the news, nor will he be TT [trending topic]. Just one more number among the deaths caused by the coronavirus. On behalf of all the elderly who have died and will die these days. #JuliánIglesias”.

I discovered this tweet one sleepless night and it moved me because the message was in itself a memorial and revolted against death in anonymity. Julián Iglesias is no longer just one of the 25,428 dead in Spain: he is a father remembered by his daughter.

In Ecuador, for example, a group of journalists and citizens set out to give back names and stories to the death figures, as a tribute. With the logic that each life deserves to be honored, architecture students from a university in London created a virtual memorial to provide a collective tribute. In China, the latest message on networks from the doctor who warned of the new coronavirus, Li Wenliang, has become a memorial and a symbol of resistance. A Spanish television station opened a digital wall where one can write the words that could not be said in the last moments; there, Isabel wrote to Pedro, her 86-year-old father: “We couldn’t be with you but you weren’t alone, dear dad. We all accompany you and we will never, never forget you.”

The virus alters our life and our way of dying. Just as at this moment unknown scientific heroes are struggling to find a vaccine, there is also a civic struggle to make it clear that every death matters, that the red dots that the media and governments present us daily in charts are not figures, but persons, as well as the invisible victims of our other epidemics.