Palliative care and dignified death in the Mexican Constitution 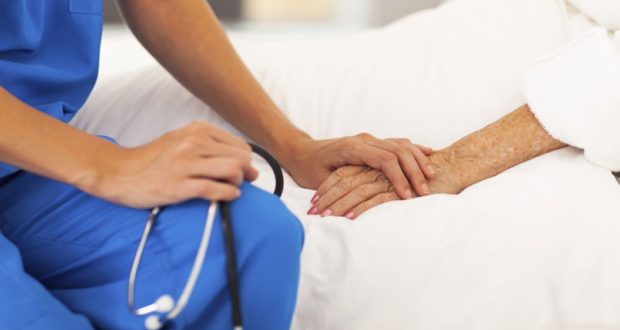 Last July 1st, a reform promoted by Senator Miguel Ángel Mancera was approved unanimously by the Senate to incorporate palliative care and the use of controlled medicines for it in Article 4 of the Political Constitution of the United Mexican States.[1] According to the reform opinion, that care will be aimed at patients with diseases in a terminal situation, limiting or threatening to life, and with this incorporation it is sought to guarantee their dignified death.[2]

Palliative care is the one that seeks to relieve symptoms and attend to the needs of a patient in a comprehensive manner, that is, encompassing the physical, psychological, familiar (in fact, it includes the patient’s family), social and spiritual aspects. Palliative care specialists insist, with good reason, on pointing out that palliative care should be considered for all patients needing attention to relieve their physical pain or other symptoms causing their suffering. This would include caring for patients who might recover from their illness, but who are going through a situation of great distress due to their condition or the treatment they are receiving. Somehow, the reform includes these conditions when talking about limiting or threatening diseases, but there is no doubt that it is a reform seeking to improve the medical care of persons at the end of their life and guarantee them a dignified death.

That is great and the reform reflects, once again, the interest of legislators to legally ratify that both the end of life (the stage preceding death that starts when there is enough clinical objective evidence to claim that a cure is not possible, and that such a condition could last for months, weeks or days) and the way to die are the best possible. It is understood that this refers to a context of medical care, in which the decisions made influence, for better or worse, the quality of life of patients who only have little time to live (it is not possible to do that when facing an accident that causes death immediately).

But I say that “once again” the interest of legislators is clear to favor better ends of life because this intention has already been expressed since 2008 with the Federal District’s Advanced Will Law, followed by the reform of the Health General Law in 2009 with a new section on palliative care, the addition of its regulations in 2013 (notice the time period between the reform and the regulations), the criteria issued by the Ministry of Health in 2014 and the guidelines published by the General Health Council that same year determining the obligatory nature of the palliative care, just to mention part of the background of the current reform. With all that, it was expected that palliative care be part of the medical care at the end of life, but the changes required to guarantee that what is expressed in the laws could be efficiently translated into the practice were not made. Therefore, the situation has not changed much since Mexico was assigned the 43rd place by Death Quality Index of The Economist in 2015, when the quality of palliative care was measured in 80 countries.[3]

Do we need to amend the Constitution so that, finally, palliative care is properly provided? What is certainly needed is a series of concrete changes so that we could have more health personnel trained to provide this care, so that all health care institutions could provide it, so that the population, the professionals and the health administrators could have a better knowledge regarding what palliative care is and when is the right time to refer the patients to receive this kind of care; and finally, it is crucial to have greater effectiveness in the regulations of controlled drugs to guarantee their obtainment, a point mentioned by this reform. But the big question is, will all this be achieved by amending the Constitution or will it remain as one more good intention?

When I asked my friend Héctor Mendoza, lawyer and also columnist of El Semanario, about the amendment recently approved by the Senate, first he told me that Constitutional amendments must be approved by both houses and also by 50% plus one of local legislatures of the States. This amendment is just in the Chamber of Deputies to discuss its approval, so it still has a long way to go. Then, my friend shared with me an important reflection when he told me that in the Constitution there must be “principle norms” serving to guide, but must not include “regulatory norms”. He considers that in recent years our Magna Carta has become a document embodying “regulatory norms”. Of course, the intentions are positive and those rules were established on principle, but they have not been translated into anything in the facts. He pointed out as an example that Article 4 stipulates that all persons have the right to access, disposal and sanitation of water for personal and domestic consumption in a sufficient, safe, acceptable and affordable manner, and that the State shall guarantee this right, but in the facts there are thousands of people without water.

Currently there is also a proposed law presented by Éctor Jaime Ramírez Barba, deputy of the National Action Party, including amendments to the Health General Law regarding medication and a Palliative Care and Dignified Death Law that I consider very complete, seeking to resume and channel the previous efforts so that palliative care is developed and provided efficiently. Let’s hope that, with it, what is expected with the amendment of Article 4 can be achieved. One issue that should be corrected, both in the proposal and in the Constitutional amendment, is that it tries to guarantee a dignified death exclusively through palliative care; it doesn’t expressly said so, but there seems to have the intention of considering palliative care as the only means necessary for patients to have a dignified death. I consider that it is great to guarantee this care as a fundamental means to allow people to have a dignified death (which I propose to define as the best possible end of life, taking into account the values ​​of the patient).

However, we must recognize that there are situations where not even the best palliative care can alleviate the pain of some people suffering a disease or a medical condition and thus would like to put an end to their life with the help of a doctor so they could die safely and painlessly. As they have no life-support medical treatments to reject (without which they could die, which is what they want), in their case medically assisted death (euthanasia or medically assisted suicide) would be the means that would guarantee them to die with dignity. Therefore, if legislators really want to foster the right of people to a dignified death, they must provide all the means that may be needed. They can start with palliative care, but without ruling out the need of others. Although, for the time being, both in the amendment to Article 4 of the Constitution and in the above mentioned proposal it is clearly stated that medically assisted death is not allowed, it is important that the discussion on these issues remains open because there are many Mexican citizens interested in them being legal options if they could need them.

A contribution of the amendment recently approved by the senators is that it upgrades palliative care to a human right backed by our Constitution. I consider a great success that we seek to guarantee the use of controlled drugs, since it is unacceptable that so many patients die today with terrible pains that could be relieved. As documented in the aforementioned proposal of law, more than 240 thousand people per year die in conditions of intense suffering due to restrictive and inefficient regulations. Another great success of the amendment is that it states that patients can refuse any medical procedure and it specifies that this includes artificial feeding and hydration, an issue that has instigated a lot of confusion.

On the other hand, it is necessary to define the types of sedation that are used in palliative care and specify the type of sedation that is deep and continuous until death, explaining in what situations it is allowed and the criteria for its application. This is important because there is much disorientation in this regard, favored by the ambiguity with which the term is handled. This way you can stop confusing yourself with euthanasia, which is a mistake. While this type of sedation seeks to reduce the patient’s consciousness so that he does not experience, while dying, a suffering that cannot be alleviated (he will find death while unconscious), in euthanasia he does seek to produce the death of the patient (which is what he asks). Certainly, both medical actions have transcendental consequences; with the first (which is allowed) the relationship life of the person (the conscious life) is terminated and with the second (which is prohibited) the biological life.

We must acclaim anything that contributes to the citizens having a better end of life. Great progress will be made if what is now proposed in the amendment that we have analyzed becomes real, after which the changes allowing medically assisted death should also be included. This way, we Mexicans will be able to trust that medical attention in the last stage of life (be it ours or that of our loved ones that we accompany) will include all the necessary means so that this stage can be lived in conditions of dignity, without suffering, and will allow the patient to take on the latest decisions about his life, including, if necessary, putting an end to it.

[2] Here the amendment decision to the fourth paragraph of Article 4 of the Constitution to incorporate palliative care: http://infosen.senado.gob.mx/sgsp/gaceta/64/1/2019-04-29-1/assets/documentos/Dictamen_Derecho_A_Salud_29abr19.pdf.

[3] The 2015 Quality of Death Index ranking palliative care across the world. The Economist Intelligence Unit.