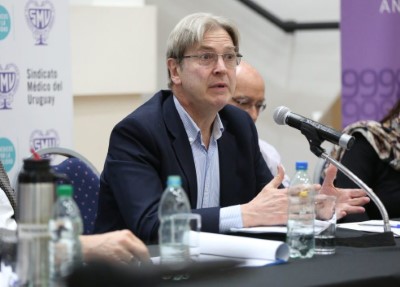 This last August 5, MADU, a non-profit civil organization that will fight for the decriminalization of assisted death in Uruguay, made its public debut. The country has been publicly debating euthanasia for several months after the presentation, in March, of a decriminalization bill by Ope Pasquet, a deputy for the Colorado Party.

Although MADU (support group for an Assisted Dignified Death in Uruguay) was introduced recently, it was created a year ago “with the intention of exploring international regulations on the matter and the results of their application,” as they explained in their introduction communiqué.

“[…] being cognizant that life is a right but not an obligation of a person, we consider timely, healthy and necessary the public debate promoted by Cr. Sureda, the Medical Union of Uruguay and Dr. Pasquet’s initiative, on which we have several important hints and suggestions, but that expresses the will to move forward in the amendment of an anachronistic legislation that is being reviewed throughout the world,” so asserted the statement.

Fernando Sureda, former manager of the Uruguayan Soccer Association, is an ALS patient who has publicly expressed his desire to die through euthanasia. The Uruguayan Medical Union (SMU), for its part, recently published a survey on euthanasia that revealed that more than 82% of citizens is in favor of its decriminalization, a figure very similar to that of Spain.

“A rule of law in a secular country must guarantee the rights of the entire population, above personal beliefs and honoring individual freedom,” they claim from MADU. “Therefore, we hope that, with the clear inclusion of guarantees in the legislation to limit eventual discretions of the health personnel as well as all kinds of pressure on them and on the patient, Uruguay would take one more step in towards respecting the human rights expressed by the standards of dignity of the human person.”

Along with its cover letter, MADU also published a document with observations and suggestions concerning the bill on Euthanasia and Assisted Suicide presented by Pasquet.

MADU’s founding group is made up of Federico Preve, Margarita Percovich, Italo Bove, Rosario Aguirre, Clara Fassler and Isabel Villar, to which another twenty people have joined.

MADU can be contacted through its e-mail address: muertedigna.uy@gmail.com