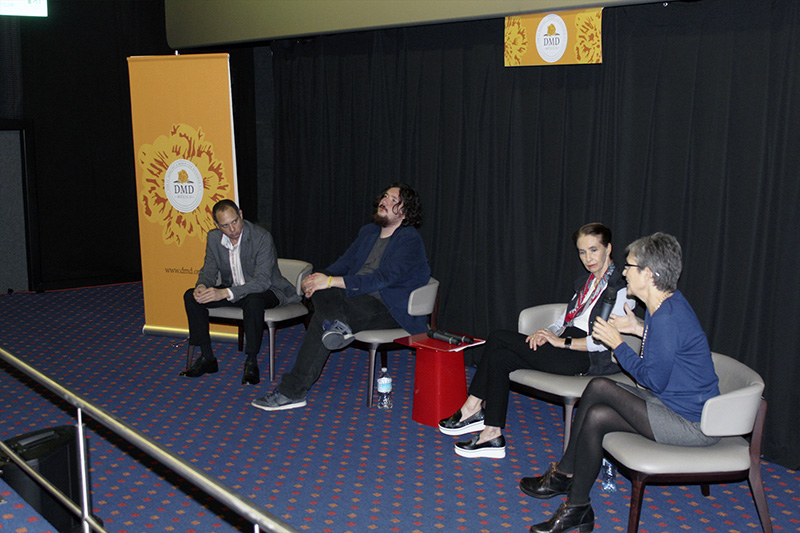 “LIFE IS A SHORT SPRING BETWEEN TWO LONG WINTERS.”

Saltillian enthusiast about cinema since he was a child, when his priority was to tell his first stories with his own toys, Ariel Gutiérrez Flores strikes the spectator’s chords of tension, unknown, exasperation and deep reflection through his most recent visual story: Los tiempos de Héctor (Hector Times).

Hector is a lonely man who assists suicides in Mexico City. That’s how he gets to know Monica, a young woman who longs for death. The meeting of both personalities and their paths ends producing a story in which death is the ideal pretext to love life, life lived with dignity.

During an interview for the non-for-profit society For the Right to Die with Dignity, Gutiérrez Flores defines his work: “Los tiempos de Héctor is a representation of life. And life is a short spring between two long winters. There’s the belief that everything has to be happy and joyful in life. And not necessarily. Life is very difficult. This meritocratic concept which stipulates that you are the owner and captain of your life is not such. Life is hard, life is pitiful, life is sad. Life is horrible. But, even as being so, there’s a short spring, there are bright moments that can happen when you have sex, when you listen to a song, when your soccer team score a goal, when there you enjoy a good meal, when you see your family… there are moments that lit up life.”

The 29-year-old man from Saltillo has stated that what he likes the most about cinema is its blend of complexity and creation. What he considers most attractive about the seventh art is the energy that several arts can concentrate into the same end. For instance, photographers, writers, musicians, makeup artists, designers, actors, all working for the same purpose: to tell a story that will be seen by thousands of people who, in turn, will have the possibility to enter into the head and imagination of the movie director.

With this fascination, the novice filmmaker tackles a complex scenario: death and self-determination facing it. Los tiempos de Héctor presents three cases in which the central character has decided to die. Due to the circumstances outlined by the director, in two of the three cases there is, at least, one detail that gives way to understand the absolute decision to die; but the third case has none: there’s no reason—at least conspicuous—for the main character to decide to put an end to her life. In any case, the message is clear: while her end arrives, Monica lives intensely those “little moments” that brighten up life.

Ariel understands that the death issue, and especially the assisted death, is a super complex issue full of sharp edges and circumstances motivating a specific individual to set a position and certain nuance in front of this fact. In any case, the author of another short film called Clarissa (2012) stresses each person self-determination to decide the moment of his/her death. And he goes further: “I believe that people should determine their own destiny, decide on their body. Finally, as Anthony Burdain said, ‘your body is not a temple; your body is an amusement park. Enjoy it.’”