FIRST INTERNATIONAL COLLOQUIUM FOR THE RIGHT TO A DIGNIFIED DEATH 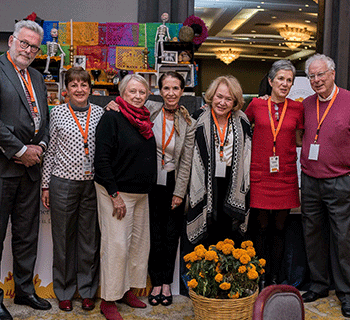 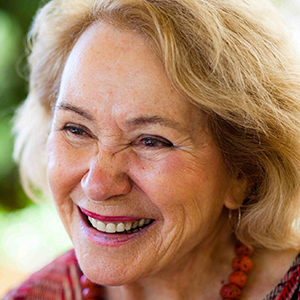 Faye Girsh is president and founder of the Hemlock Society of San Diego, California. She was president of the Hemlock Society of the United States and of the World Federation of Societies for the Right to Die. She is founder and member of the Board of Directors of Final Exit Network, as well as part of the board of directors of ERGO (Euthanasia Research Guidance Organization). Faye holds a doctorate degree from the Harvard University, 18 years of experience as a clinical and forensic psychologist, and she was also director of the School of Psychology at the Morehouse College and Associate Professor at the University of Chicago. He has participated in conferences and debates for more than 30 years in the United States and around the world.
Close 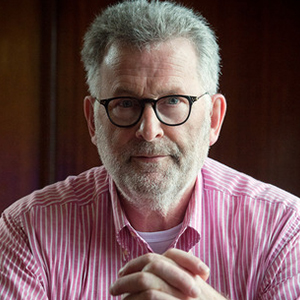 He studied medicine in Holland and, as a family doctor (1972-1985), one of his main activities was to help his patients go through the different stages of their life: he helped them when their children and family members were born, when they suffered from health problems, and finally, as they approached their death. Due to this attitude, he received several requests for “help” from his patients when they could no longer tolerate their suffering. This is how he took part in several acts of euthanasia.

Given this experience, he accepted the offer from the NVVE, Dutch Right to Die Organization, in 1999 to act as its Executive Director. Thanks to this assignment, he was able to contribute to the legalization of euthanasia; that is, the possibility that patients who ask their doctors for help to die can do so without being criminalized and that, in turn, doctors have a clear idea of the legal processes and paradigms.

As Executive Director of the NVVE, he has made several presentations around Europe and the world about the experience the Netherlands has had with euthanasia. After retiring from the NVVE in 2008, he worked for the WFRtDS, World Federation of Right to Die Societies, first as Communications Director, and now as its Executive Director. He is responsible for having developed and for updating the website and offers administrative support to the WF committee. 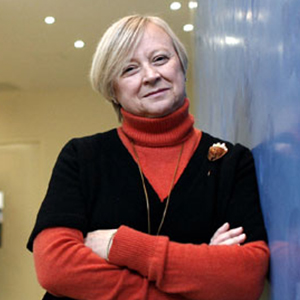 Frances Kissling is a scholar and activist in the fields of religion, ethics and health. She is currently President of the Center for Health, Ethics and Social Policy in Washington, D.C. where she develops ethics programs for health professionals in the Global South. She also teaches ethics in reproductive health at the Perleman School of Medicine of the University of Pennsylvania.

She was a 2007-2008 member of the Radcliffe Institute scholarship program, part of the same Institute for Advanced Studies at the Harvard University.
She has published more than 250 articles in the press, as well as in several specialized magazines. Her works have appeared in The New York Times, The Washington Post, The Nation and Mother Jones among others.

Currently, her interest focuses on the development of society’s dialogue on controversial issues of ethics and politics. She frequently collaborates with ethicist Peter Singer in the organization of conferences that bring together academics who do not agree on fundamental issues, including abortion and organ transplantation. She is currently writing with Singer a book on population, The Last Taboo, which explores the importance of the population behavior dynamics in the reduction of poverty and climate change. 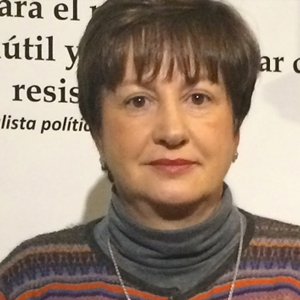 Carmenza Ochoa has a doctorate in Dentistry (1979) from the Colombian Odontological College and a post-graduate degree in Bioethics (1996) from the Universidad del Bosque.

He has worked in various institutions and colleges in her specialty as an Odontologist in Colombia.

Since 1996, she is an active member as Secretary of the Board of Directors of the Colombian Institute of Bioethical Studies.

He is a Representative Member of the Colombian society at the Bioethics Committee of Scientific Research, 2009 -2011, in the National Institute of Legal Medicine and Forensic Sciences.

Since August 2003, she is the Executive Director of the Right to Dignify Dignity Foundation and a national and international lecturer on the theme of Dignified Death. 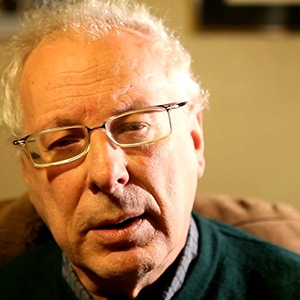 Javier Sadaba is Professor of Ethics at the Autonomous University of Madrid. He studied in Tübingen (Germany), Columbia (U.S.A.), Oxford and Cambridge (U.K.). He has been visiting professor in several universities and research institutes in Latin America and the U.S.A.

He works with various bioethics institutions, particularly the Institute of Bioethics and Medical Humanities, of which he is co-director. 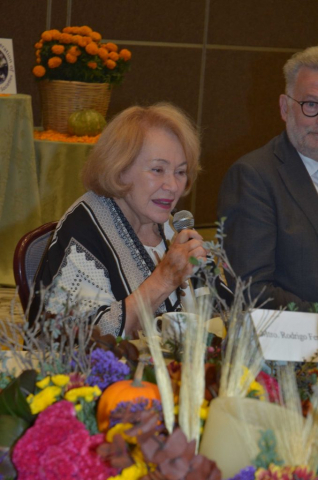 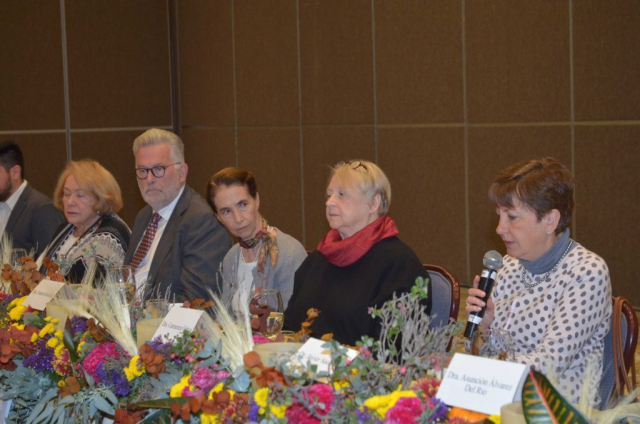 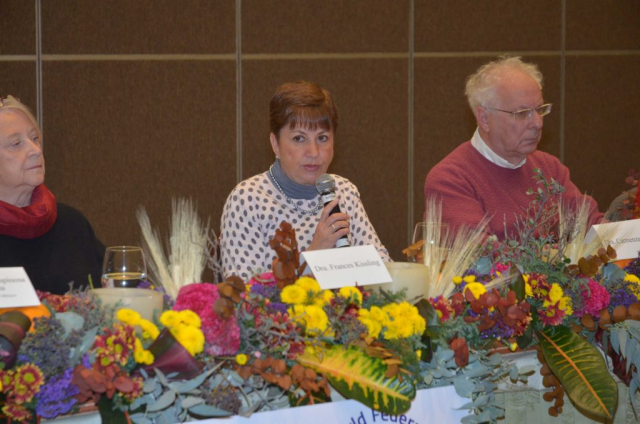 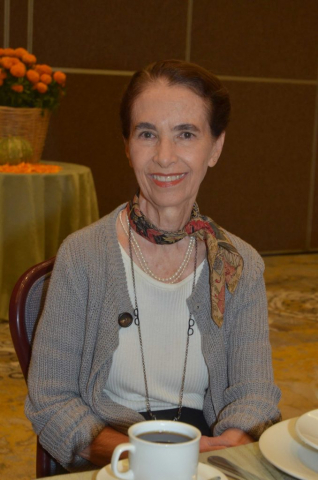 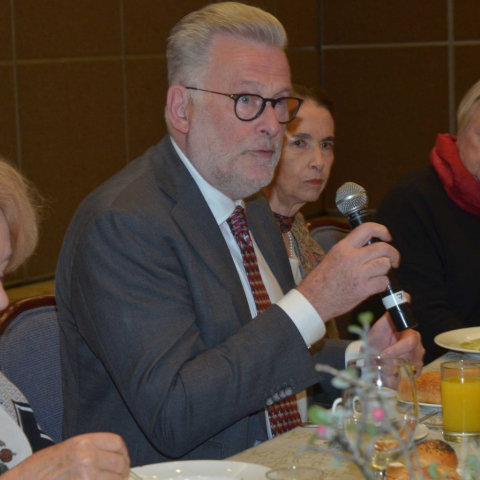 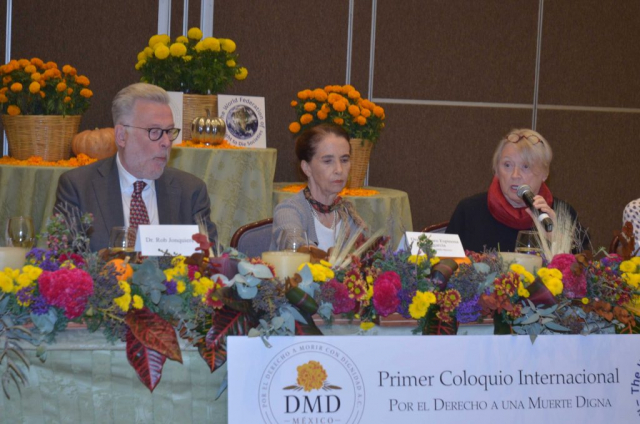 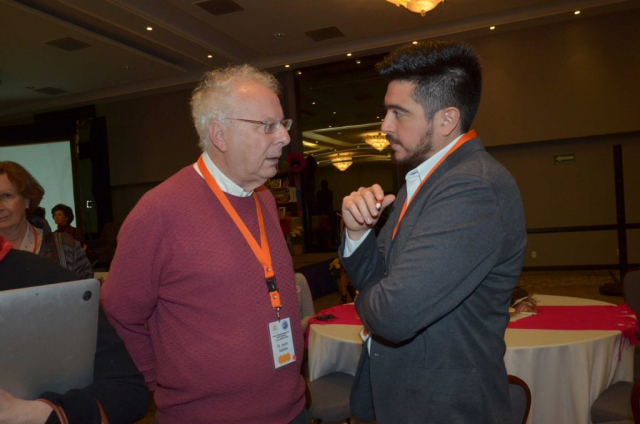 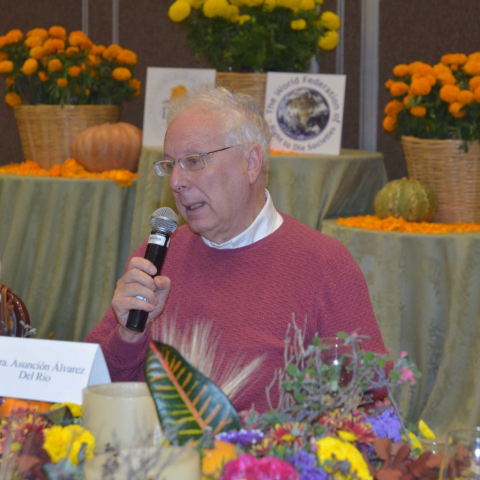 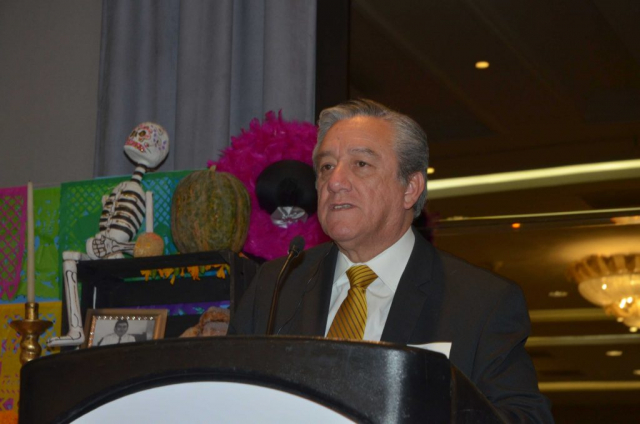 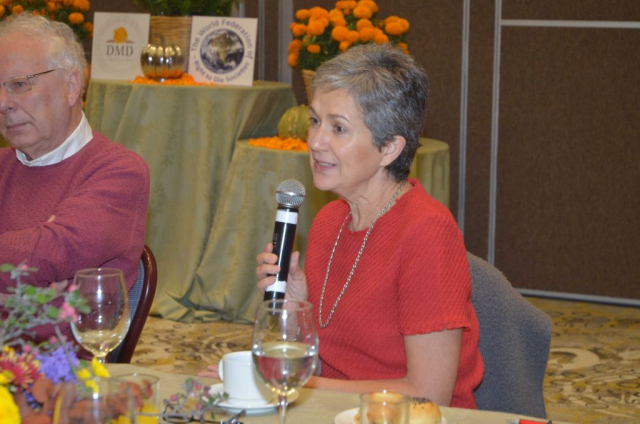 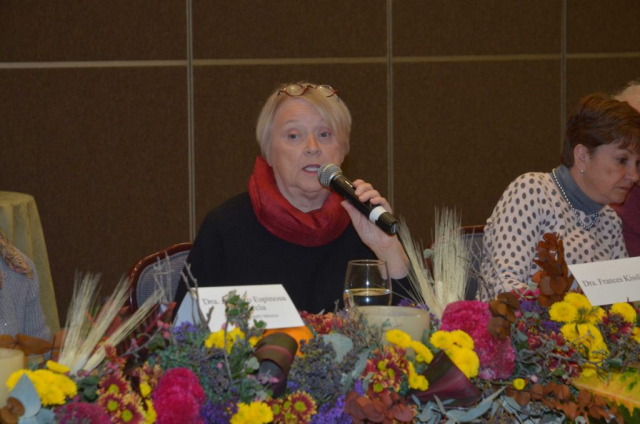 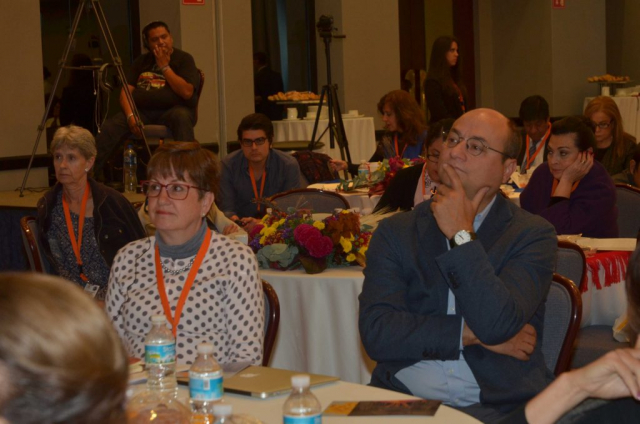 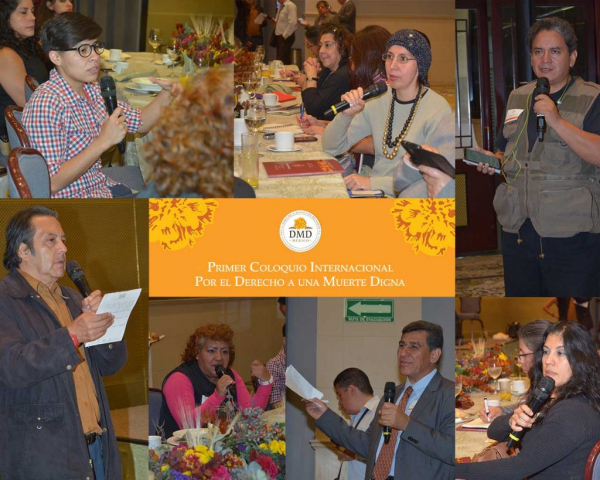 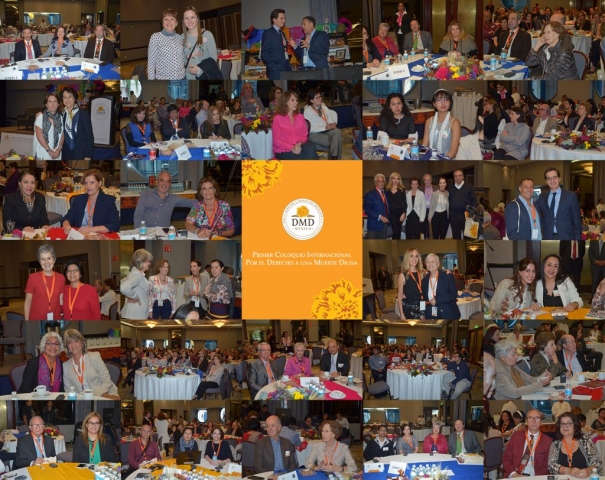 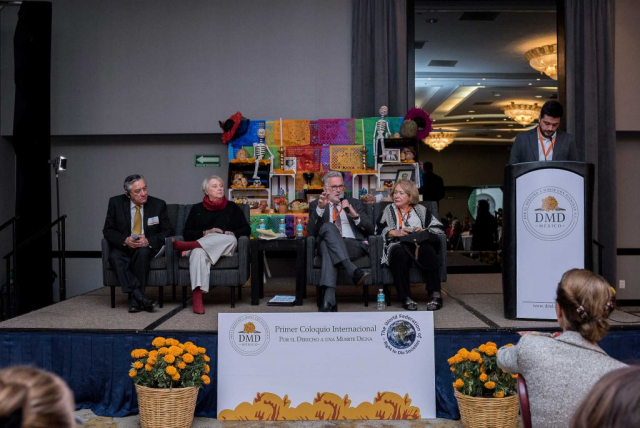 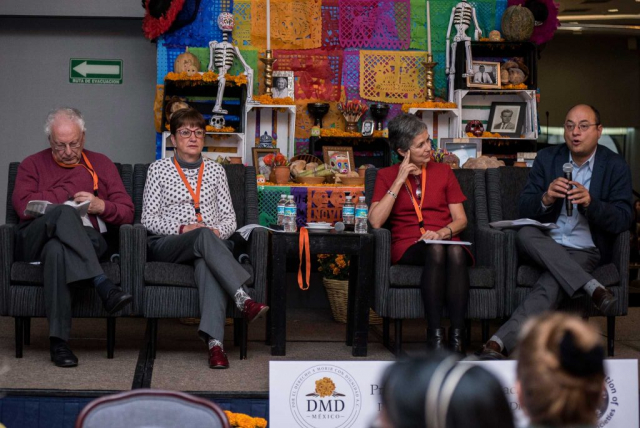 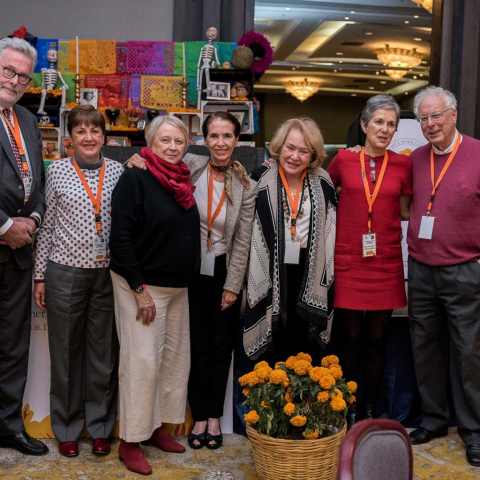 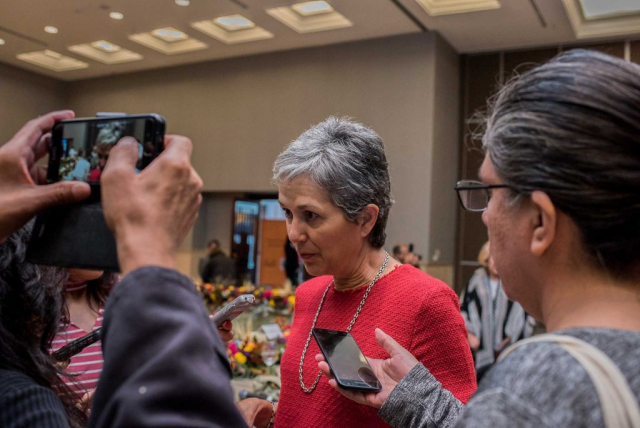 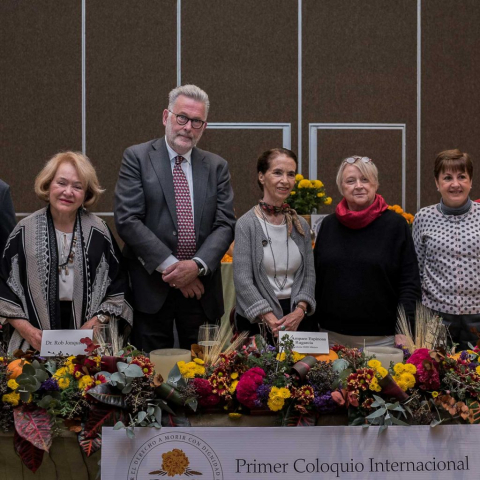 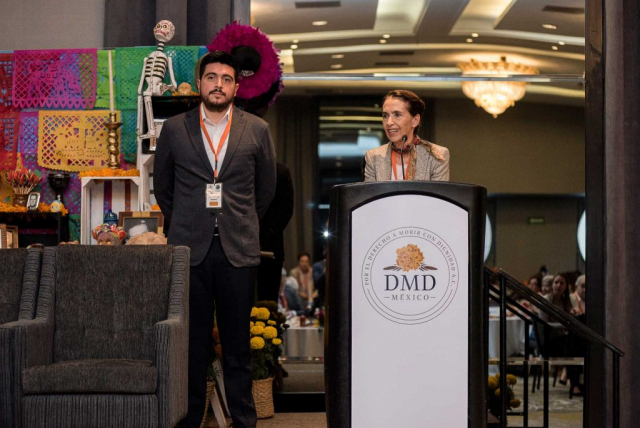 Representatives from various sectors of Mexican society attended the First International Colloquium for the Right to a Dignified Death: