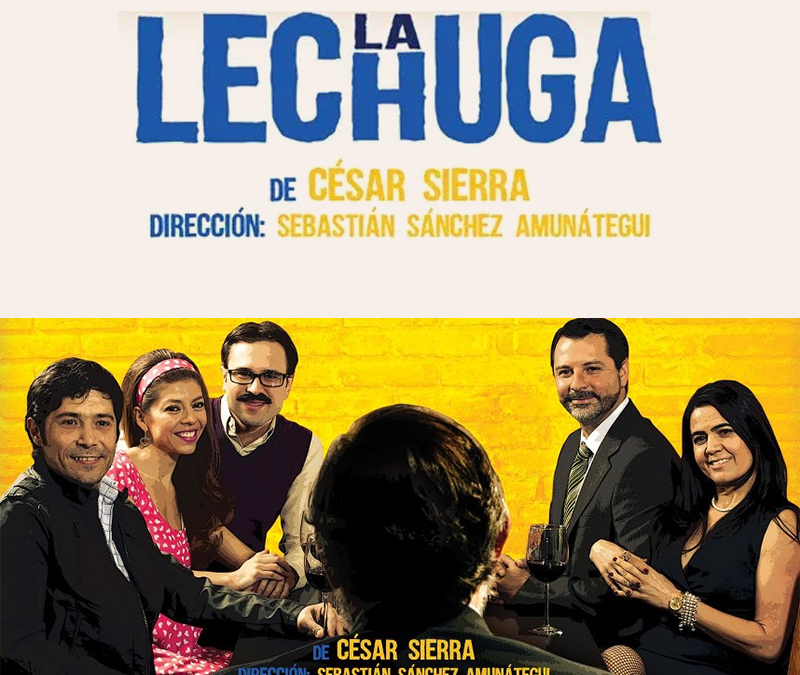 With the aim of warming up the debate on the extremely controversial topic of the right to a dignified death, the non-for-profit association For the Right to Die with Dignity (DMD), sponsored by the ESRU Foundation, presented one single showing of the black humor and disturbing play La Lechuga, which addresses from different viewpoints what a family lives when a close relative becomes terminally ill.

This presentation of La Lechuga was declared as the official beginning of the activities prior to the World Federation of Societies for the Right to Die (WFRtDS) Congress which will have Mexico City as its seat, and DMD as its host association; the Congress will take place from October 27 to 31, 2020, in Mexico City under the name: Options and Dignity at the End of Life: A Bioethical Approach.

“A great deal of dialogue and debate concerning death is needed. Mexicans don’t know the many available options they have when they face a death scenario; likewise, a lot of doctors ignore the existence and scope of palliative care, and even the patients don’t know those options and thus don’t request and benefit of them… and this doesn’t pretend to promote the direct request for euthanasia or assisted death, but rather to disseminate and make known other options, such as palliative care. That is the very purpose of the next WFRtDS Congress: to establish as the focus of the debates all the options available when someone faces death so that, with the knowledge of all those options and the use of his/her full mental capacity, that person can decide individually what a Worthy Death he/she can have,” explained Dr. Amparo Espinosa Rugarcía, DMD president and founder, regarding the purpose of the Congress to be held next year.

Mexico and the rest of the world are facing a new paradigm concerning death. Higher life expectancies, the advancement of science, and the awareness of a healthier, fuller life are changing the circumstances surrounding death.

That’s why DMD promotes activities helping to tackle such complicated situations, but as real as the transition from life to death. Contrasting values, opinions, stances, decisions: that’s exactly what it’s all about.

DMD Association promotes reflection, the reflection that death is inevitable and the best we can do is to be prepared to receive it and to make a worthy decision about it.

Hence, in view of the Congress OPTIONS AND DIGNITY AT THE END OF LIFE: A BIOETIC FOCUS we will carry out multiple activities. The great October 2020 event groundwork timetable will be available on the site https:// dmd.org.mx/

DMD objective consists in promoting a dignified death and the reflection among all those who are looking for dignity in the face of death from its various perspectives.